I have an adventure itch – sometimes the symptoms of the travel bug I acquired many years ago, but also this deep curiosity to see if it is possible – to see what I can do. I spend a lot of time dreaming and scheming my next mega adventure, but like so many, I wake up on Monday morning, put on dress pants and head to work. Every morning thereafter, I drag my exhausted, dehydrated, sometimes hungover body to and from work, where I spend most of my time pecking away at a computer, gazing longingly at the pics posted by adventurers, multi-continent cyclists, ’round the world sailors, and the other wanderers who spend their days doing impressive, brave, and wonderful things.

But there is another side of me that loves the intellectual demands of my 9-5 – the mental stimulation, the opportunity to work in a field I care tremendously about. I like growing my career, collecting a paycheck, and contributing in some way to projects that are important. This means, I might not be quitting my day job soon to wander the world with a bicycle or a canoe.

But it doesn’t mean that I can’t do what I can to fuel my thirst for wild things in the spaces I have in my life.

Enter Alastair Humphrey, adventurer extraordinaire. He has pretty much done all the cool grand adventures – cycling around the world, rowing the Atlantic and so on. But it is his tiny adventures that resonated the most with me, the microadventures.

The basic idea of a microadventure is to grab hold of the 16 hours between 5pm and 9am and choose to use them in exhilarating ways – finding the local, simple, cheap ways to get outside and push your limits.

On his blog, Humphrey encourages people to sign up for a Year of Microadventures, where there are tons of charming ideas to get started. Well, as per usual, I am failed to get my proverbial ducks in a row to start my year in January, as is customary for those who follow the Gregorian calendar… It is pretty telling that I was not on-the-ball enough to buy a planner this year. By the time I got around to looking for one in mid-January, all the shops in Ottawa were sold out, and all of the exceptionally cute ones online were sold out.

In any case, March seemed like a good enough time to start out my #microadventure year. On a fine, frosty March Monday, I zipped home from work, grabbed my tent, pack, and snowshoes, and with a friend in tow, headed into Gatineau where we drove around looking for a fine piece of woods.

We found premium spot – a hilly location, which lovely trees, close to a subdivision (where we hypothesized that we would be able to leave the car without attracting much attention. That turned out to be incorrect, as a parking ticket was acquired). However, we snowshoed in, first taking a trail, then veering off into the hills, tackling the thigh-deep snow. We didn’t go far before selecting a superb camp site. Finding a picturesque spot with a moderate slope, we packed down the snow and set up the tent.

We passed a pleasant evening sitting in the silent woods, eating gluten-free, lactose-free “oreos” and hot chocolate, throwing snowballs, and chatting. It was divine.

Once we retired for the evening, it became soon apparent that the haphazard snow-packing job was somewhat inadequate. The gradual slope to the left ended in a “snow coffin” a body-shaped crevice of snow that you slowly slide into throughout the night, so you are embraced on three sides by snow, separated only by the thin nylon tent.

But despite the snow coffin, it was a magical evening, and as we broke camp in the morning, hiked out, and headed to work, I was exhilarated. I felt more grounded and connected than a night of Netflix could have ever given me. The morning sunshine through the trees made my heart sing, and renewed my commitment to getting out there, being present, tasting the adventures that exist in my backyard, and spending more mornings reveling in the feeling of sun on my face and excitement in my veins.

I wouldn’t say that microadventures soothe my itch for adventure, but on the contrary they stoke it. This tiny Monday night in the woods made me feel energized and excited about the life that I am living now. My March microadventure made me thirst to experience the thrill of adventure on a more regular basis. 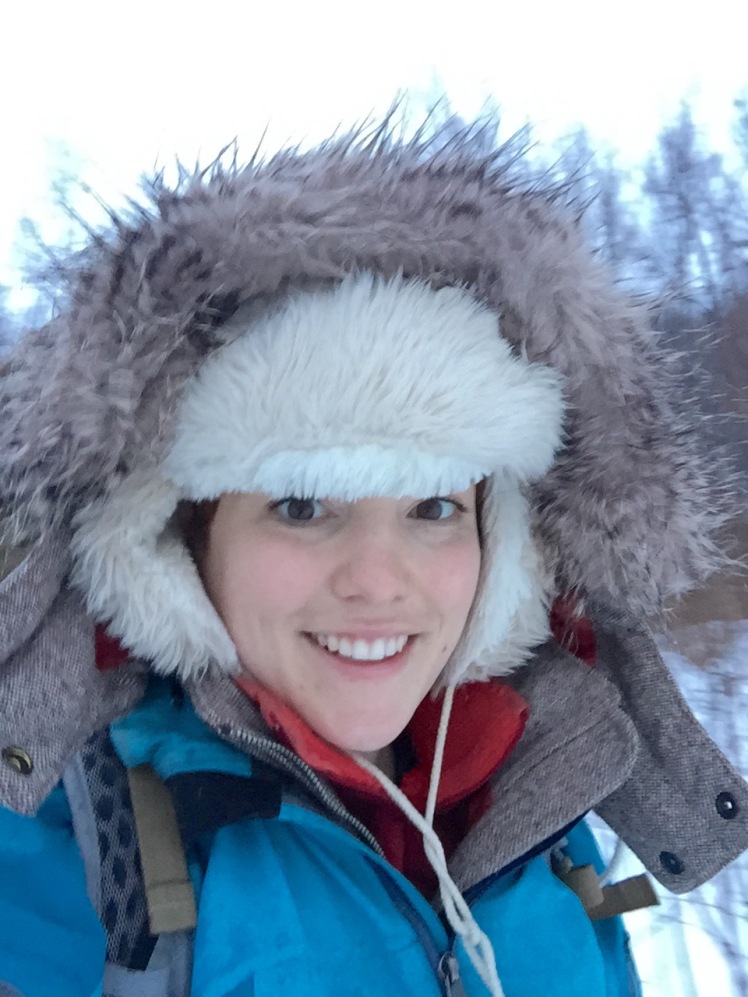