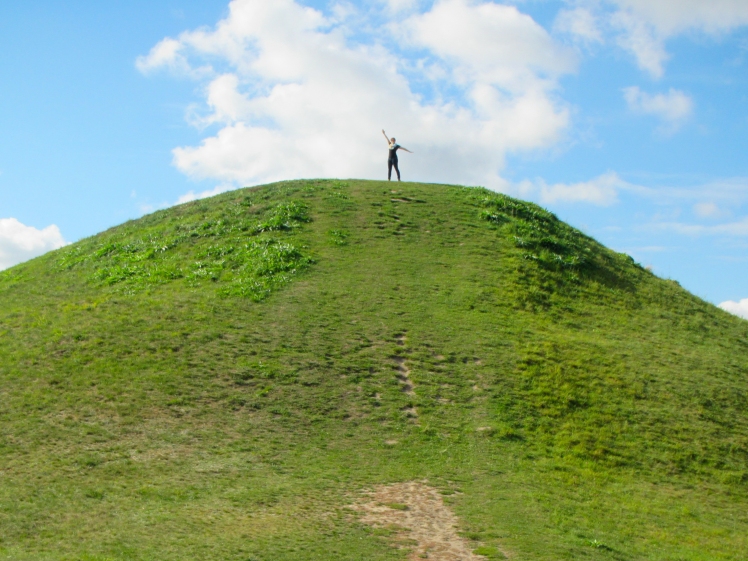 Gamla Uppsala is “one of the most important historic settings in Sweden,” so it seemed like an obvious day trip from Stockholm to do some hill sitting and history learning.

These huge mounds mark the site of prehistoric graves fro the 3rd and 4th century, marking the centre of Norse culture. It later became an important site of early Christianity in Sweden.

Figured I should bring in another spiritual practice to this site, by doing some yoga on the sacred site.

After a bit of wandering up and down the hills, I set up on a grassy mound to do a bit of work, while Despina headed into the museum to continue the learning. After we had our fill of sun-kissed hills, we headed back into Uppsala to explore the town and take a peek at the spectacular cathedral. 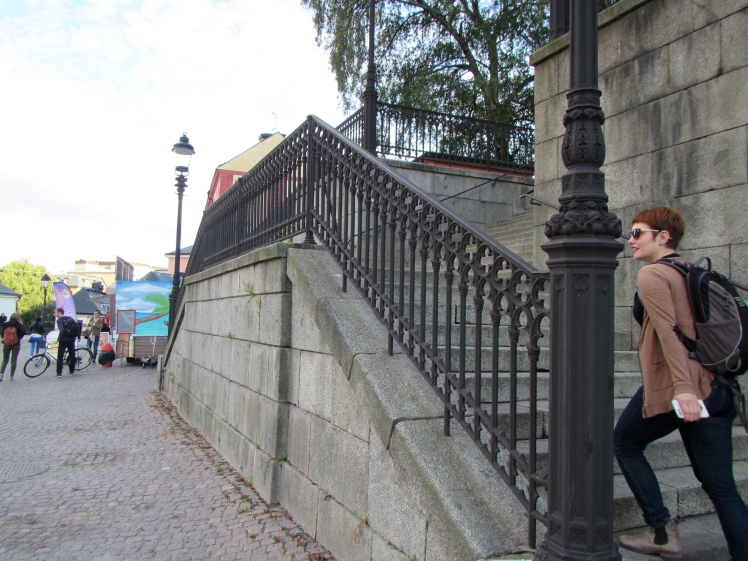 It was a pretty spectacular building.

Made even better by the impressive organist who played soul-shaking music out of the massive pipe organ as we explored. 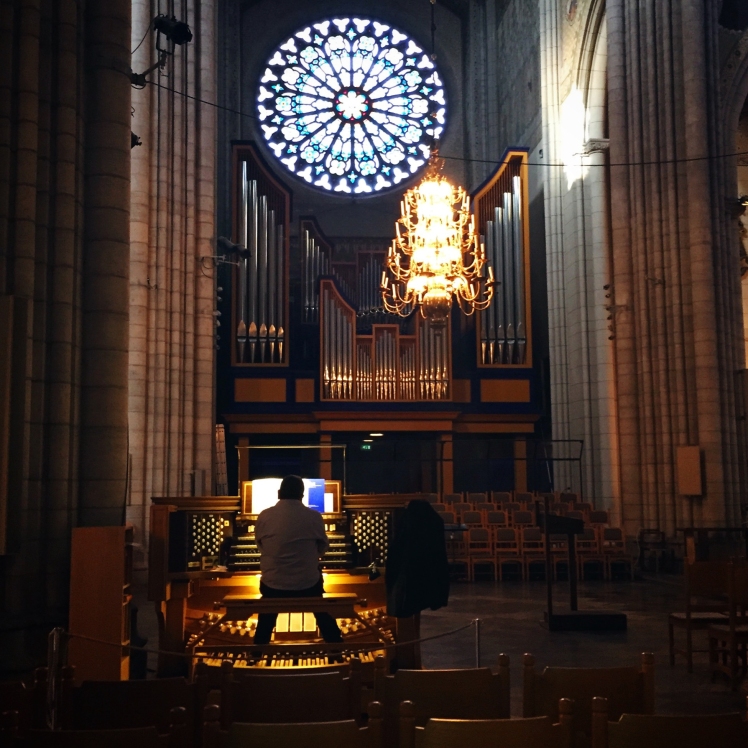 We ended the action-packed day with some delicious food. A pretty much perfect day of wandering.

For a moment, I forgot I was in England. Strong Dutch vibes here! 😍⁠
I definitely recommend visiting the sisters. I do not recommend bringing your fully loaded bicycle to push up and down the hills and over fences and stiles.
Um, it’s called fashion. 💁‍♀️
After a day of questionable route decisions (including dragging my bike up and down 5 of the 7 sisters) it is hard to describe the feeling of making it to my campsite for the night.