I needed to get out of the city as things were feeling a bit too much in the city. I got the perfect excuse when a coworker invited me to spend some time at her summer house in Småland. 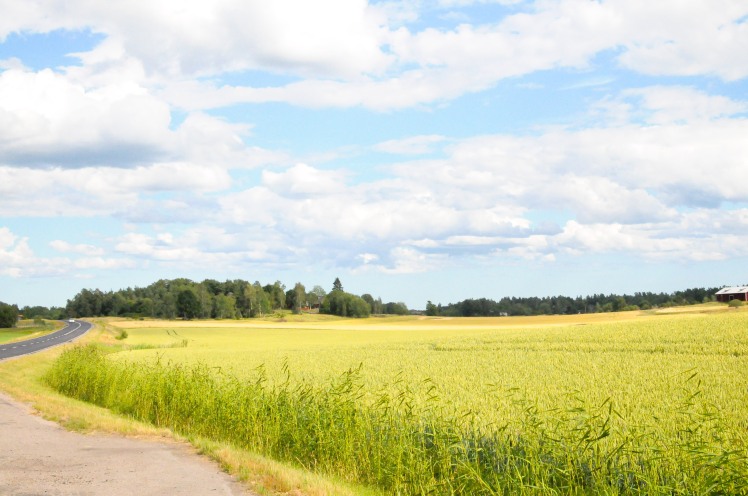 Deciding the distance was a bit too far to cover by bike, and wanting the flexibility of my own wheels, I rented a car for a few days and headed out on the open road. I was delighted to get upgraded to a firey red Mercedes, which really made me feel like a boss. 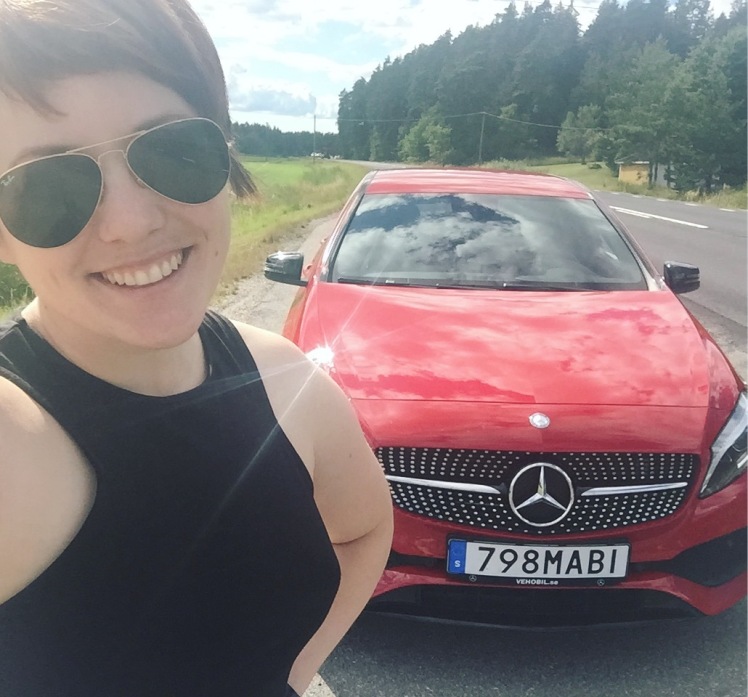 The first town I stopped in was Söderköping. Built along the Göta canal, this town looked and felt like a movie set. Pastel buildings, cobble stone streets, narrow passageways, lush green willows along the water, and pretty much everyone meandering through the streets were holding ice cream cones. It was one of the most quaint and charming places I have ever been. I think in my fictional life, this is where I would live. I might be required to own a knitting shop, take up water colours, and participate in historical re-enactments of the towns history. I would not be mad about any of that. 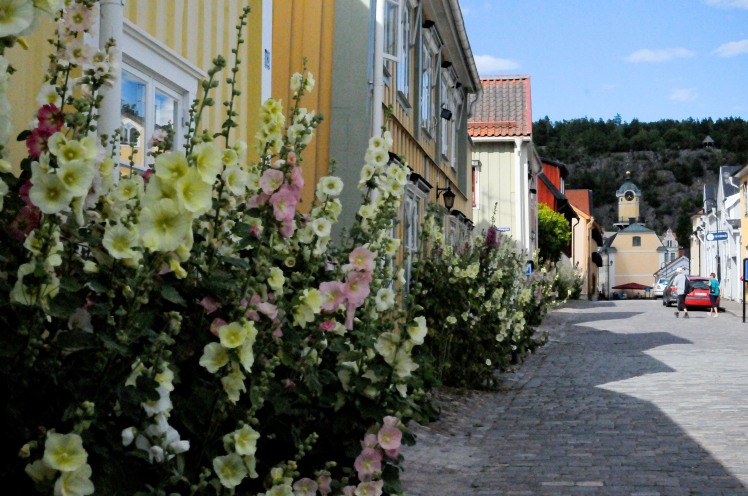 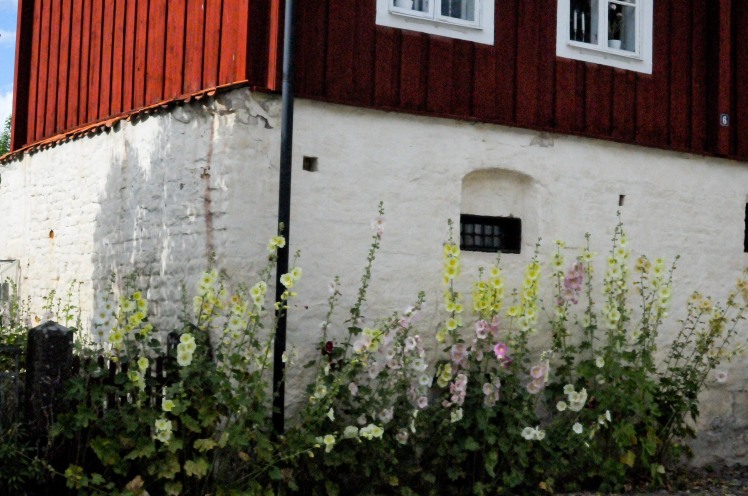 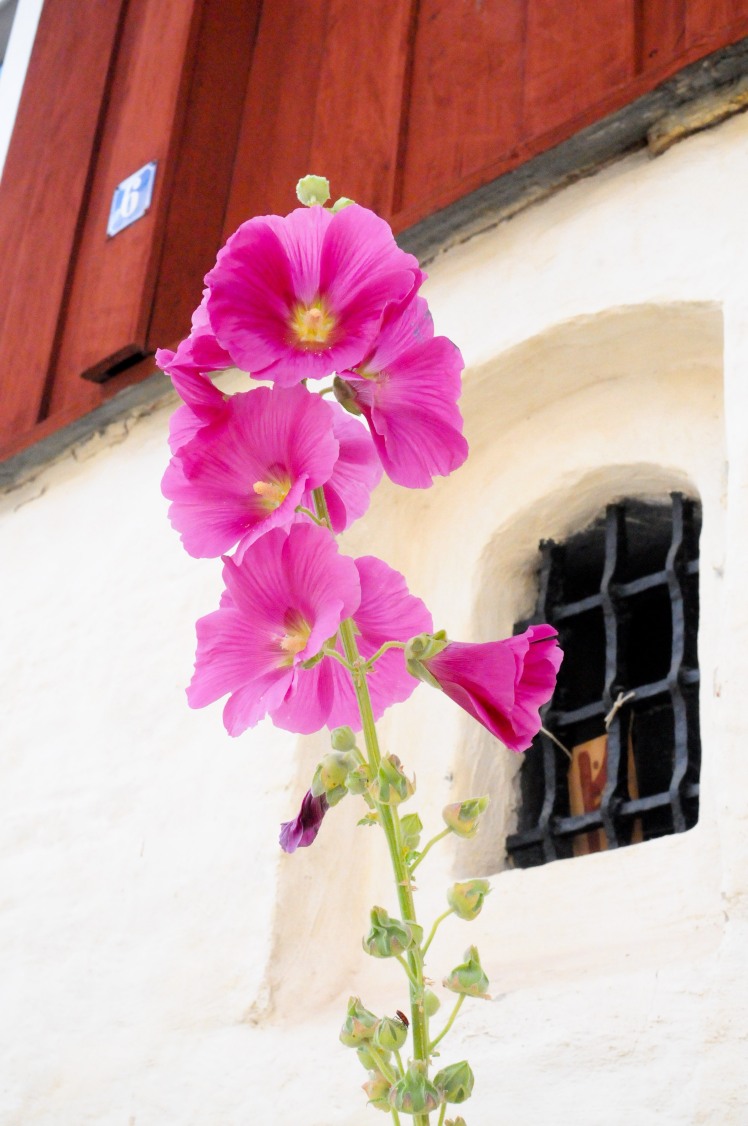 Drothem church and bell tower were among the striking spots to visit, dating back from the 1200s. 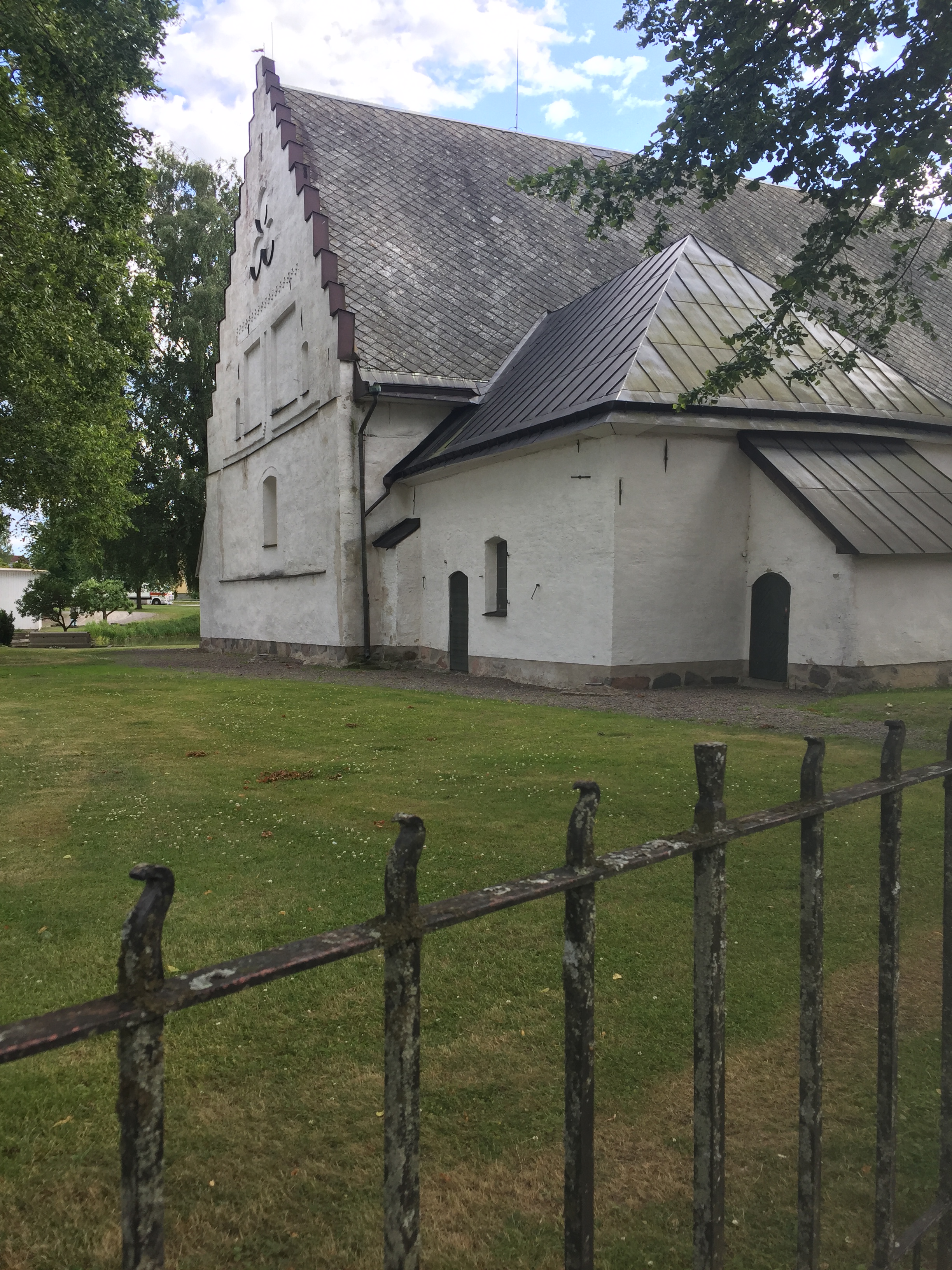 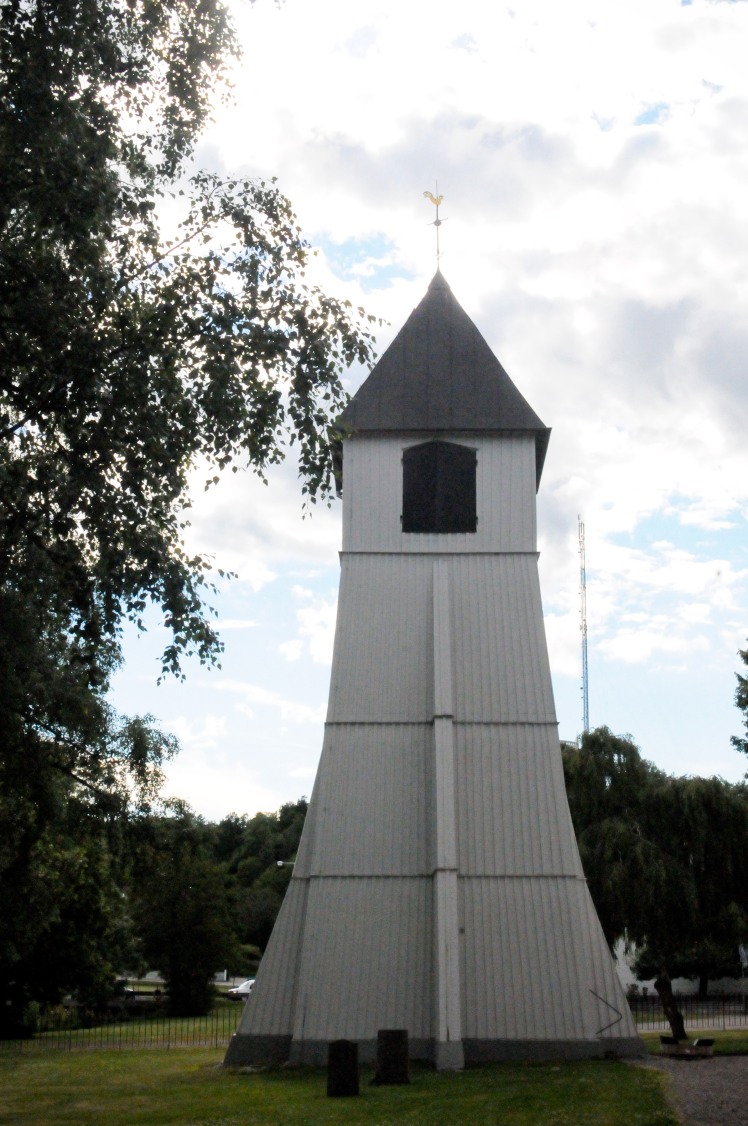 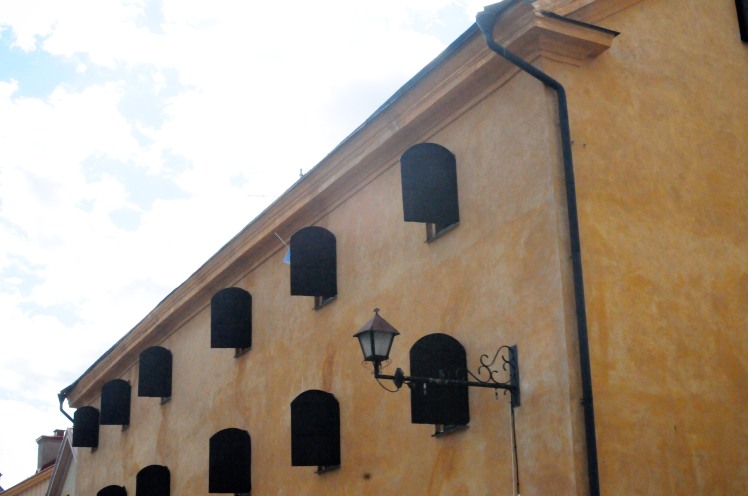 After a long drive through farm land and along twisty roads, I arrived in Backaby, where the my friend’s summer house is. 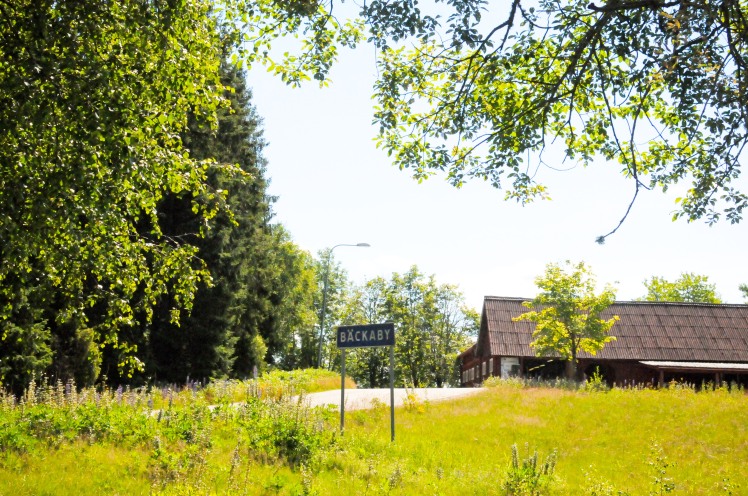 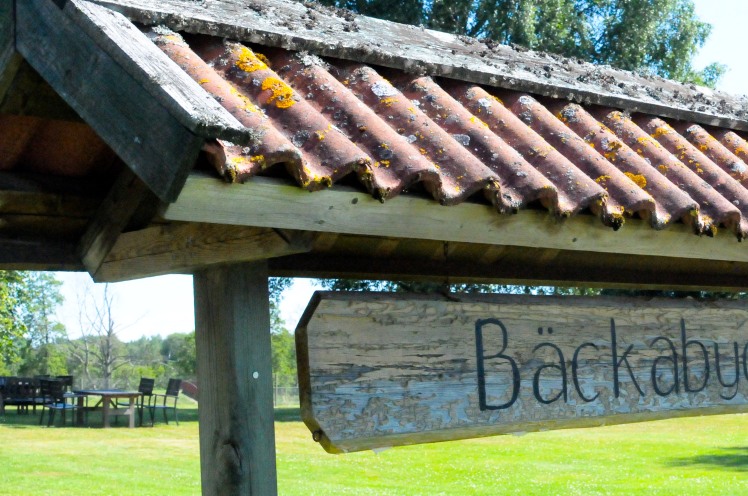 A charming little village, they live in one of the classic red and white houses that had dotted the landscape along the entire drive. 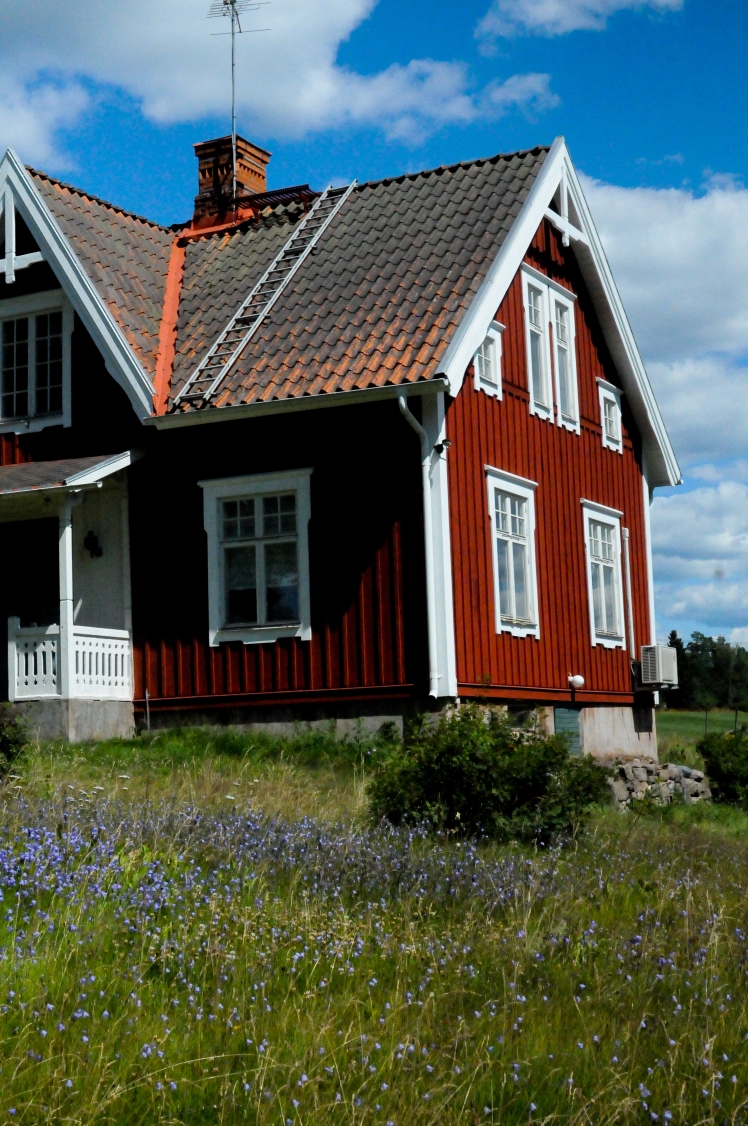 On the property, which had been a small farm until the 1950s or 1960s, the old farm buildings still stand, including an haymow and a earth cellar! 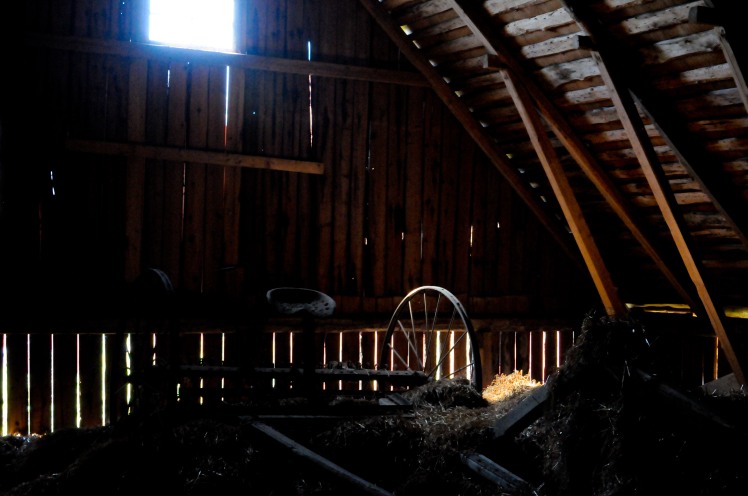 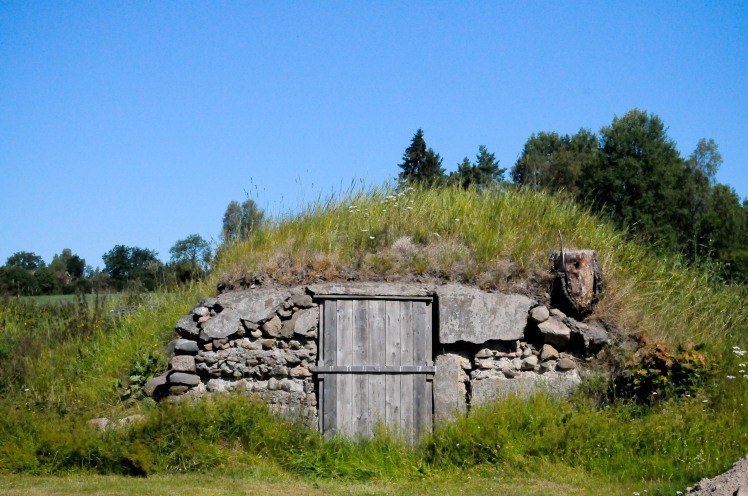 Carolus Linneaus, the father of taxonomy, was from Småland. He was the “flower-king” which makes a lot of sense seeing the proliferation of wild flowers bursting out all over the fields and road sides. One of my young hosts was seemed to be following in his illustrious footsteps and was the most knowledgeable 7-year-old on flowers. 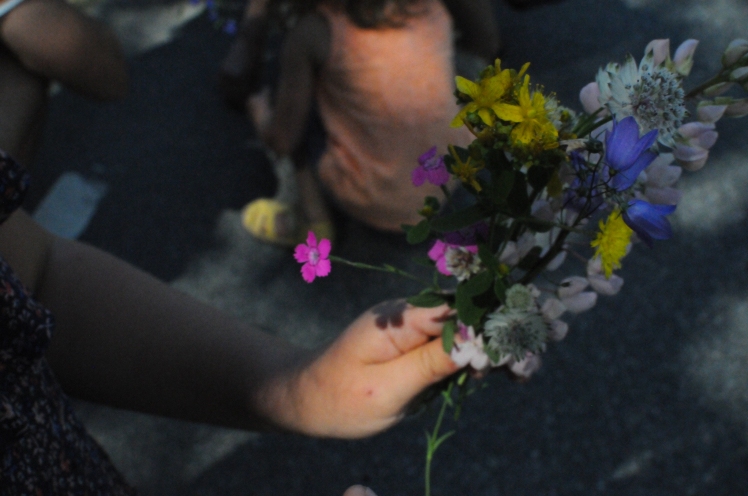 She showed me how this little yellow flower produces a rich maroon colour when you crush a bud. According to her mother, these can be used to flavour vodka! 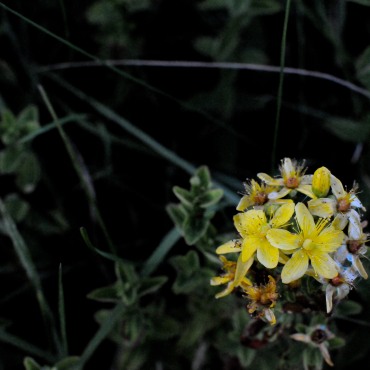 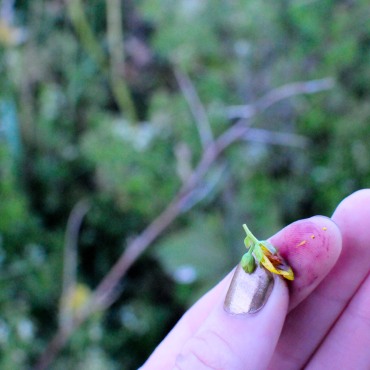 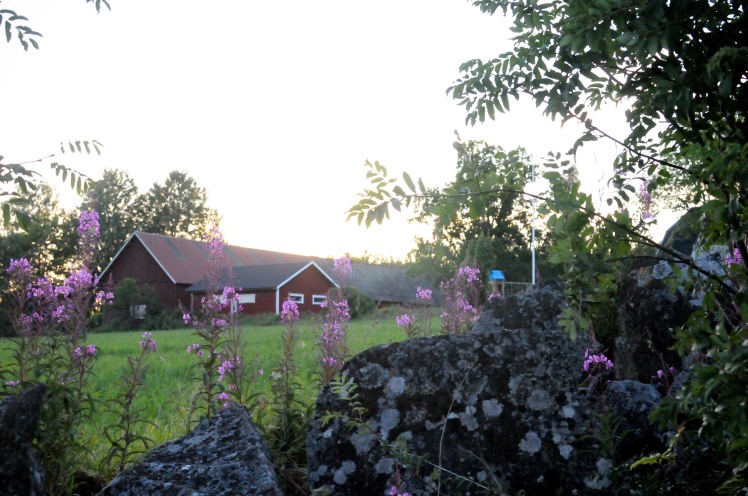 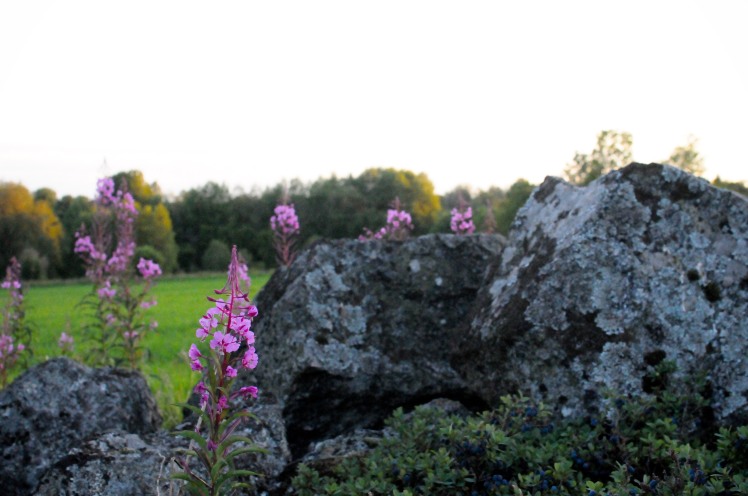 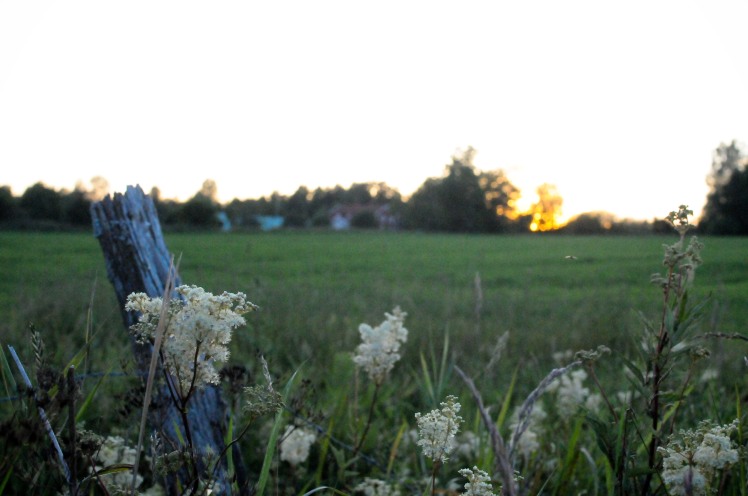 We picked berries (it is wild strawberry, raspberry, and blueberry season), took a walk through the village, and went to a nearby beach for a swim. It was pretty much the perfect summer day. 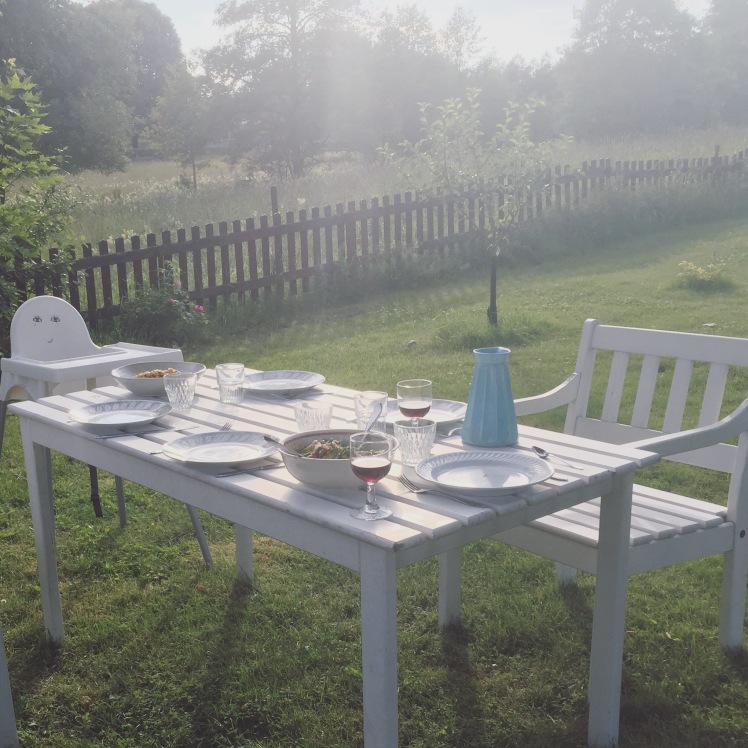 This is the interior of the local church, which is unique from most of the standard white churches you see in this area of Sweden. 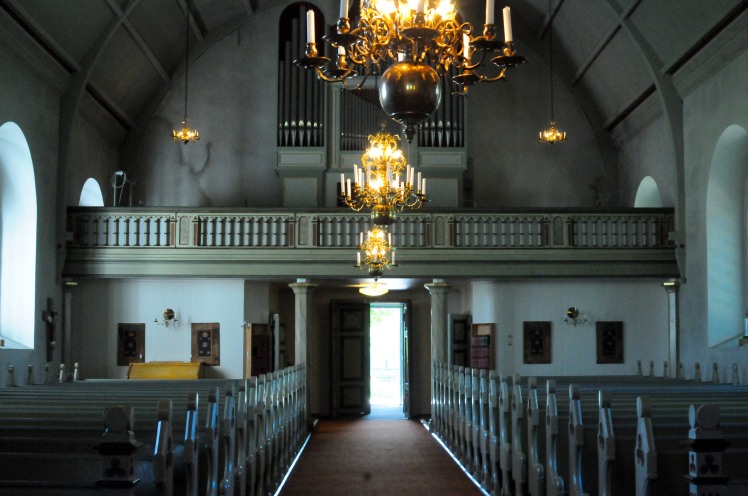 The next stop on my excursion was Eksjö. This is one of the best preserved wooden towns in Sweden, said to be “the very essence” of a town formed during the period of Sweden’s greatest power. The wooden buildings were built from the mid-1700s. It was a pretty sleepy place on a Friday morning, but it was nice to wander the charming old streets. 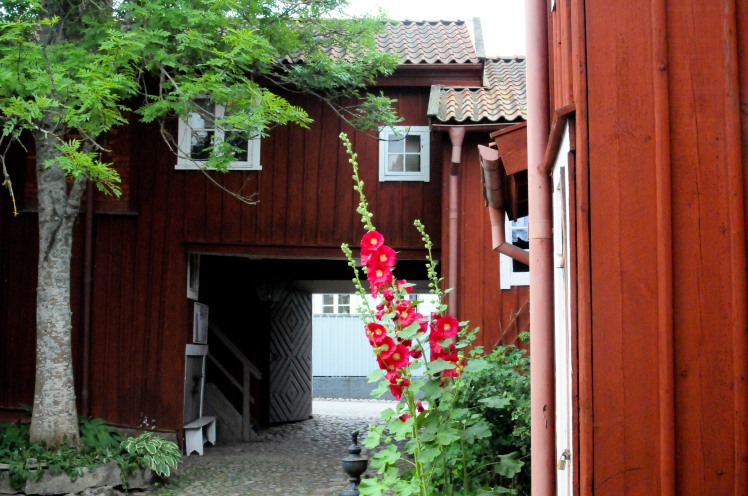 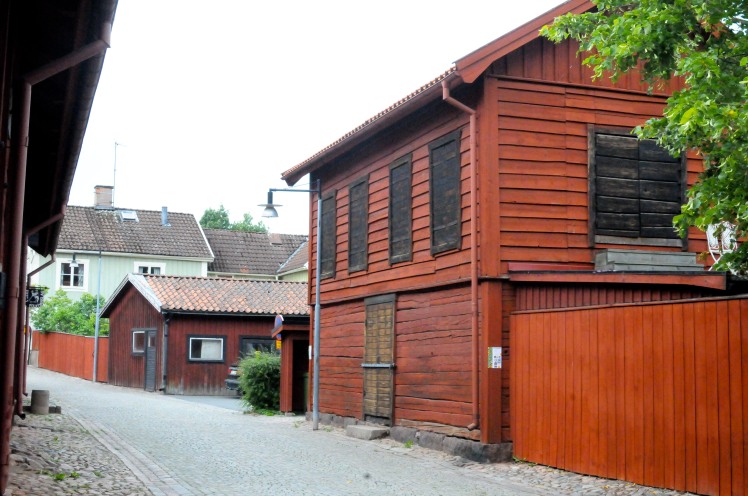 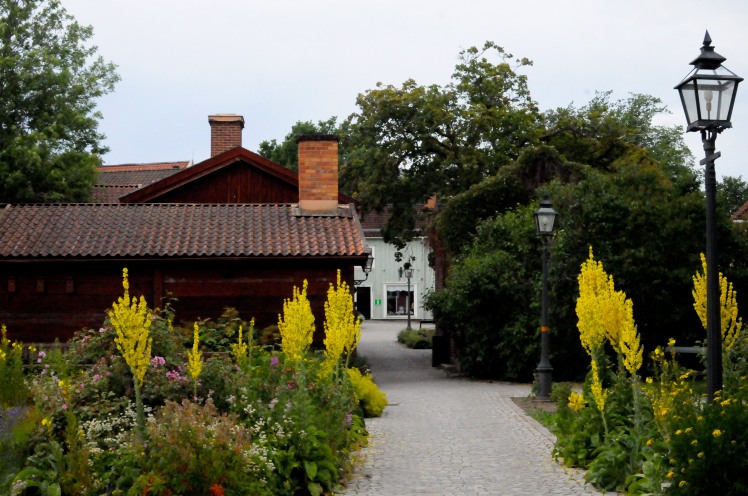 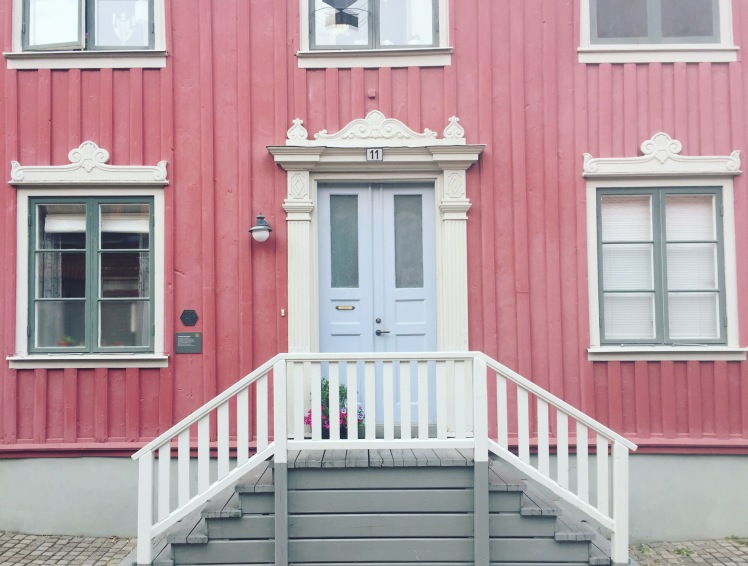 I would definitely recommend a visit to Sweden’s small lands. You will hopefully experience the largest and warmest hospitality and an oversized helping of charm.

6 thoughts on “Roadtripping through Småland”