Diving in Malaysia was the first time “out of the nest” – the dive crew and environment that I had grown so fond of at Diver’s Den and on the Great Barrier Reef during my open water course and live-aboard time.

I knew from that experience that I had fallen hard for diving, so knowing I had a few more days in South-East Asia before heading back to London for a drizzly and grey winter, I decided to find a way to do a few more dives.

I quickly contacted Orca Scuba, thinking I could dive from Singapore. I realized that the diving adventure that would best fit my timeline was a short stay on Pulau Rawa, a small Malaysian island in the South China Sea.

As I got off the boat, I immediately met my dive master, Evita. I swiftly dropped off my bag and headed to the dive centre to squeeze in a dive before lunch.

We met at the dive shop, signed the papers, got geared up, walked down the boat ramp, and fought the waves and current to the descent buoy. 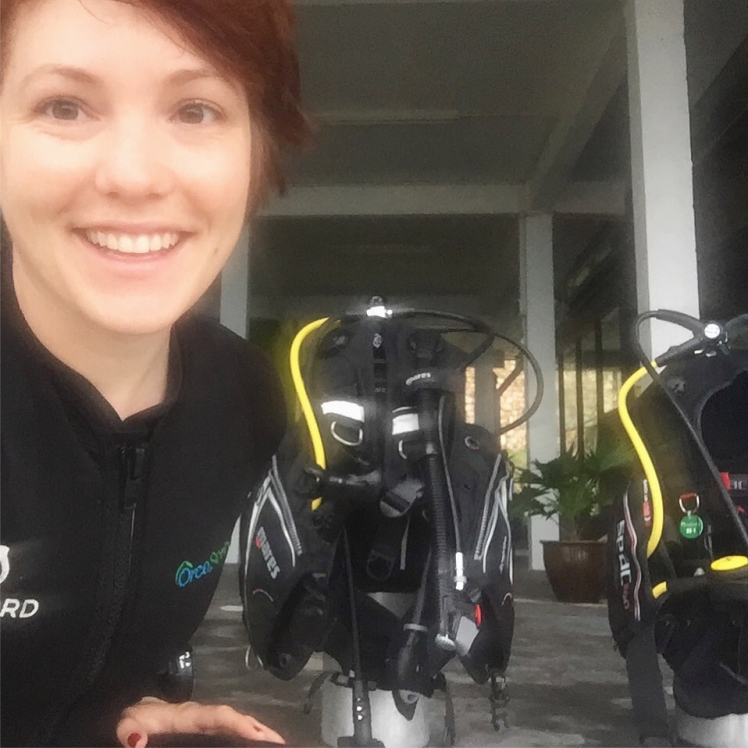 Along Rawa Island, there is a unique reef that runs parallel to the shore and is quite shallow (around 5-8 meters). Once we descended, we positioned ourselves to drift down the reef.

The first dive was pretty nerve wracking for me, as I kept over-reacting with my bouancy control, as I was not used to the current and having the precision to stay at the relatively shallow depth without bumping into corals or ominous-looking sea urchins. Even if you don’t know much about sea urchin biology, seeing these black spiky creatures along the sandy bottom made me pretty keen to keep my distance as they look pretty ouchy.

Towards the end of the dive, we were diving under the jetty checking out how nature so quickly is able to take over the posts of the pier. It was eerie, but cool.

I felt panicky on that dive, and was sure I was doing everything wrong, but my dive master was reassuring and gave me tips for better buoyancy control. The subsequent dives were so much better, where I used my lungs as my first line buoyancy device before turning to my BCD.

By concentrating on my buoyancy, I enjoyed my following dives so much more – I felt much more calm and comfortable, and found that I was really able to enjoy the dives, rather than fight against them.

Some of the cool things I saw:

Blue Spotted Ray: I was startled by a blue spotted ray, which was chilling on the bottom with his eyes peeking out. Evita moved her hand to disturb some of the sand covering the ray, and he shot out like a rocket, causing me to let out an involuntary shriek. It was magnificant!

Hawksbill turtle: This was a huge highlight. I was not lucky enough to catch any turtles while diving on the GBR, so spotting a beautiful turtle on a dive was extraordinary. The Hawksbill seemed to be showing off for us, swimming in circles and we followed in a sort of underwater dance. It was magical.

Diving in Rawa Island with Orca Scuba was amazing. I am glad I got a chance to consolidate the new training I had received in Australia and to feel more confident to dive in different places and learn new things.

Depth & bottom time: As these were shallow dives (approx 6-9 meters, depending on the tide), these were all wonderfully long dives (over an hour of bottom time in each dive!). 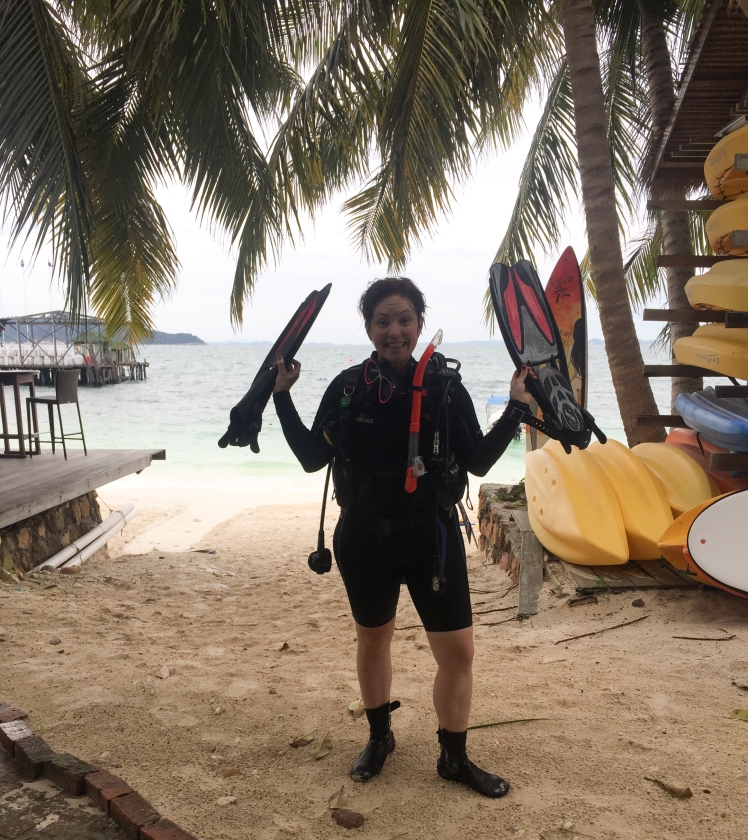 One thought on “Drift diving and dancing with a turtle: Rawa Island, Malaysia”

Latest news on ADHD and comorbidities

A New Vision for Mental Health